Move over Genji, there’s a new weeb in town! Ever since her debut at Blizzcon, Moira has become the talk of the Overwatch community. However what has drawn the most hype hasn’t been her healing mechanics or her role in the Overwatch lore. Instead, the Overwatch fandom has been fussing over the character’s numerous easter eggs relating to anime and internet-related pop culture.

The references have become such a phenomena among the community that fans are already creating headcanons and fan-art centered around Moira being a complete otaku.  Some of these references are pretty easy to catch, while others tend to be hard to find unless you know what you’re looking for.  In response, we’ve created a small breakdown of as many easter eggs as we could find. Can you spot them all?

Right off the bat, Moira has a number of sprays that directly reference various anime and internet memes. Most notably, the “plotting” spray (upper left) is a direct reference to the Neon Genesis Evangelion meme “Get in the Robot Shinji”,  which utilizes a picture of the main character’s father, Gendo Ikari, striking the exact same pose. Another notable anime reference is in the “Power Level” spray (upper right), which can be connected to the “Power Level Over 9000” scene in DragonBall Z that has become a popular meme. Additionally, the “Facepalm” spray (bottom left) can be linked to the “Facepalm” meme, which features a picture of Patrick Stewart in his role as  Captain Jean-Luc Picard in the sci-fi television show  Star Trek the Next Generation.

A bit tougher to pinpoint,  the “Self-Experimentation” spray (bottom right) is actually a reference to a scene in the anime Akira. Though not directly a meme, a parody of the anime was posted on Youtube in 2008, garnering 3.2 million views. The scene that the spray is referencing in particular however is connected to when the character Tetsua loses control of his synthetic arm and it begins to spread. It eventually then takes over his entire body. Given how specific this reference is, it could be interpreted as a clue to Moira’s condition. 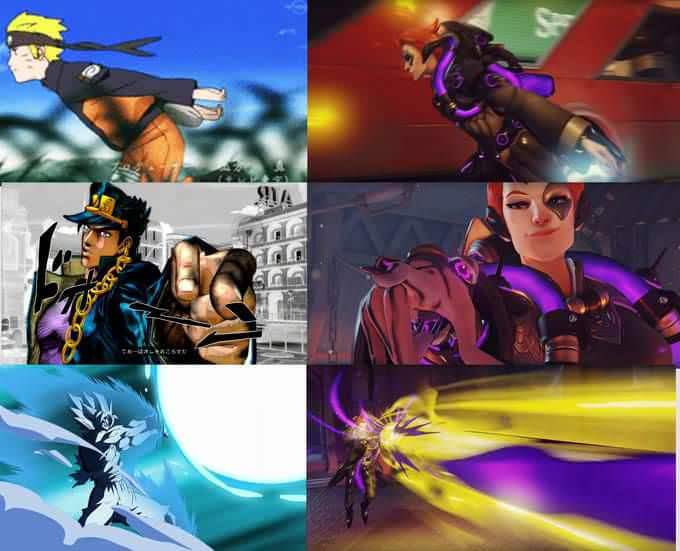 While the sprays are directed more towards internet memes, many features of Moira’s attacks tend to be the focal point for the otaku headcanon, and it’s pretty obvious why. Practically all of Moira’s moves reflect typical attacks seen in various anime.

The most influential one has been her running mechanics, which resemble that of a “Naruto Run” as popularized by the anime series Naruto.  In addition, her “Fade” ability is reminiscent of the “Flash Step” technique commonly used by characters in Bleach, as well as other characters in various anime.  The most distinguished reference in her attacks can be seen in her ultimate “Coalescence”, which in its appearance and movements resemble that of  Son Goku’s “Kamehameha” technique seen throughout the Dragon Ball series.

Alongside these, Moira appears to have another reference in her melee attack.  Although it is typical to see her scratch at an opponent with her right hand, occasionally she will use her left hand.  When this occurs her hand appears open but firm, similar to techniques seen in various martial arts, and of course various anime.

Aside from her attacks, Moira also has some notable easter eggs hiding in her emotes, specifically her taunt which can be traced as a reference to Jojo from Jojo’s Bizarre Adventure. 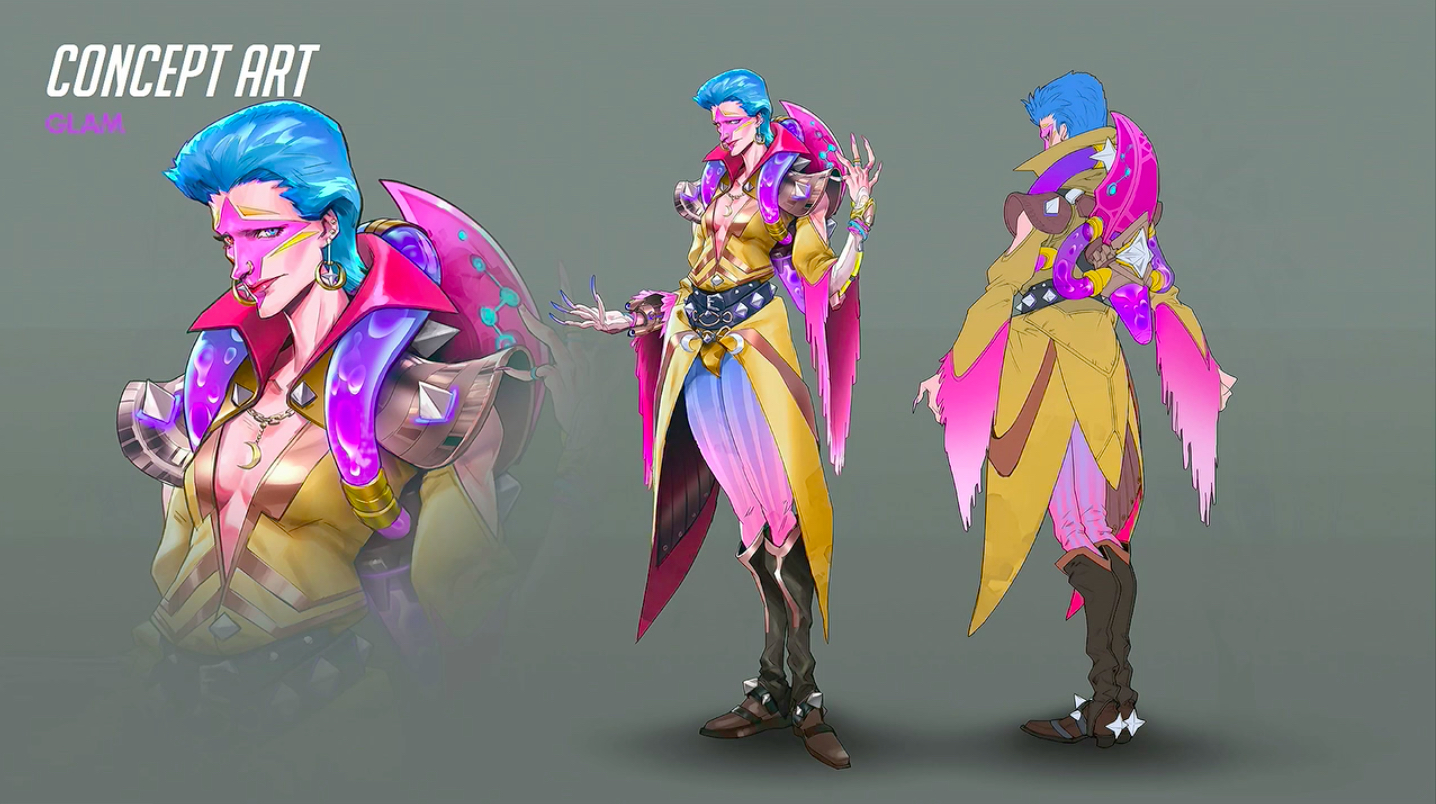 Separate from her internet and anime easter eggs, Moira also contains a few references to music legend David Bowie who passed away last year. Immediately, we can see in her base character design that Moira has heterochromia, a condition which causes the eyes to be separate colors and what many originally believed David Bowie to have  (in reality, the difference in Bowie’s eyes was a result of one being permanently dilated after an injury in his youth).

Her glam skin can also be considered an ode to the music icon as it resembles Bowie’s androgynous glam-rock appearance on the cover of is sixth album Aladdin Sane (1973) , and one of Bowie’s most iconic images.

Found an easter egg we didn’t catch? Share your findings in the comments below!