Popular villains and antagonists have been around for the longest time, but have we ever stopped to consider why they exist? There is definitely an undeniable attraction to certain antagonists. Aren’t viewers supposed to vote for the good guy?

Airing during the Fall 2017 season, Inuyashiki delivers a solid plot and a hard choice: either rooting for the protagonist, Inuyashiki Ichirou,  or the antagonist, Shishigami Hiro. Both are very similar in the way that they’d never felt alive before until an accident that affects the both of them causes the two characters to accomplish things that make them feel human and living. The way that Inuyashiki and Shishigami do this is extremely different–the elderly main character saves those in danger and cures patients from fatal illnesses–while the teenage high school student murders random families and commits mass shootings. 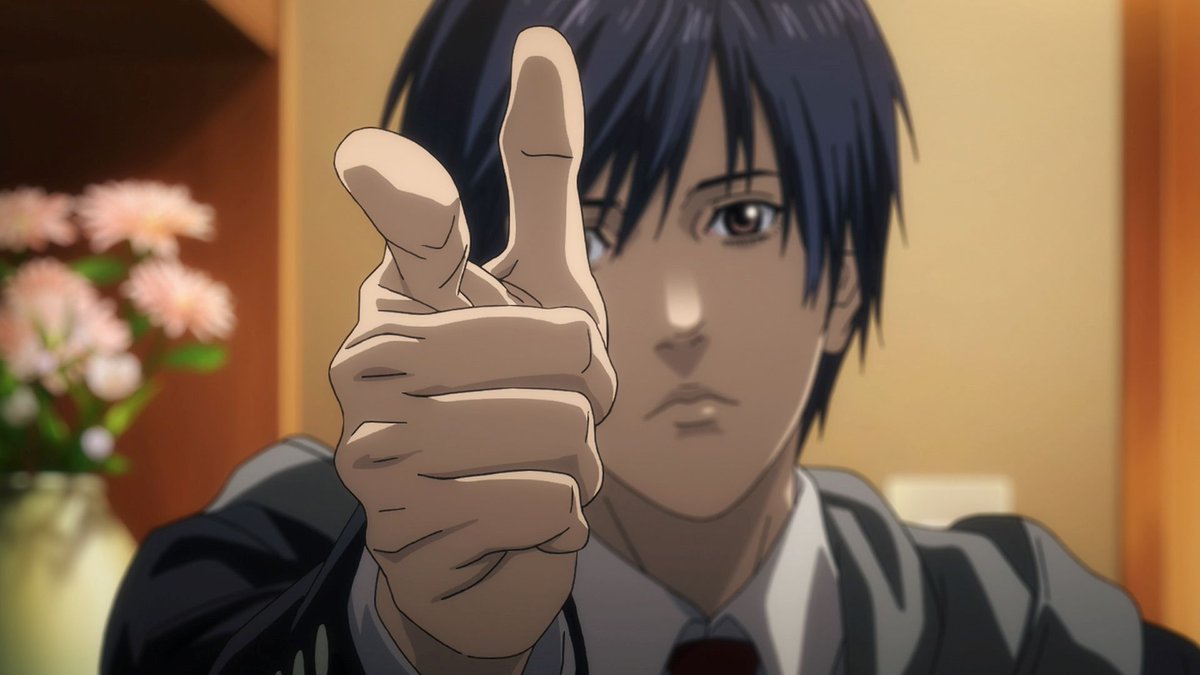 He is able to kill with just his fingers in a position imitating a gun.

While it is exciting to watch  Inuyashiki perform miraculous deeds out of the goodness of his heart, the antagonist’s sheer coldness wins over many of the viewers. In the show itself, Shishigami gets fan pages and followers even with the death count being in the thousands. It might be due to just his ikemen looks, or how he doesn’t care about the police and such at all. There is a contrast in his personality, where he will do anything to protect his loved ones and will cry like a normal human being.

Then, there are shows that blur the line between the good and bad. Take Death Note, where the protagonist is technically the bad guy. Maybe we were biased into liking Light more because he was the main character, but there were hardcore fans of L as well. In the anime itself, Light gains immense popularity as Kira, even though he’d killed numerous amounts of people that included the innocent.

This calls into question our society today. If there was a person who had a special ability to kill like Shishigami or Light, wouldn’t the mass hate the guts of that person?  It might depend on just the culture, as I refer back to the Japanese criminal-turned-celebrity who engaged in cannibalism. Issei Sagawa does not exactly have a large following of fans, but the very fact that he’s so well-known and living in open proves that societies in different countries are different.

Maybe the attraction towards villains is not exactly complicated either. From Re:Creators, the antagonist Altair was popular among fans for being overpowered. She was also seen as an anime character in the anime itself, and the public in the anime began to cheer for Altair even when she was fighting and killing favored heroes in the show. All this stems just from the truth that Altair was powerful and cold.

Popular bad guys aren’t necessarily a bad thing either, the only hard part I see about it is that they’ll always end up losing. The pattern so far seems to be that cruel and analytical characters gain the most popularity. Undoubtedly, these kinds of characters always make a story more interesting anyway, so here’s to more popular antagonists in the future!

“What will you do tomorrow?” Digimon: Last Evolution Kizuna’s sendoff to the series (and my childhood)

Blood of Zeus | The Miso Review