While most Overwatch players have been obsessing over the new content Blizzard has been dishing out, it has been easy to forget about the new and future character changes that has been hinted at since late last year.  With a patch going live this past week in addition to Blizzard World, fans are now experiencing some not-so-fun changes, and giving more attention to what other reworkings can be expected by the Overwatch team.

Long discussed since her ultimate change in 2017, major changes are now being implemented on Mercy’s Valkyrie, worrying mains . The speed boost granted with her ult to her “Guardian Angel” ability has now been reduced by 50 percent.  The Duration of Valkyrie has also been reduced from 20 seconds to 15. Probably the nerf that has most Mercy mains biting their nails is the changes to resurrection abilities while in Valkyrie. Not only is resurrect no longer instantly refreshed, but it no longer grants a bonus resurrect charge either.   In short, bye-bye double rez.

Another character getting a nerf is Junkrat. One of the characters with the fewest tweaks since the release of the game, being buffed on two separate occasions, leaving Junk mains with little to complain about. However, as the boba-drinking Junker is experiencing his first nerf,  his fans might finally have something worth “whinging” about.  It has been noted in the update that Junkrat’s concussion mines deal less damage to targets farther away from the explosion center. It has yet to be explored whether or how this will effect Junkrat’s jumping capabilities, but from in-game experiences, it’s apparent that timing will need to be more precise when now detonating mines.  Guess aiming isn’t so overrated after all.

Progressing from the recent nerfs, Overwatch Creative Director Jeff Kaplan has mentioned in the most recent developer update of two other characters on the bench for future reworking: Symmetra and Mei. Though the changes are not explicitly mentioned, fans are speculating that the ladies will be receiving some sort of buffs to their abilities.  As Kaplan noted in the recent developer update, the development team considers them to be “situational characters”, therefore it can be hypothesized that any changes to either hero will not be overwhelmingly significant. 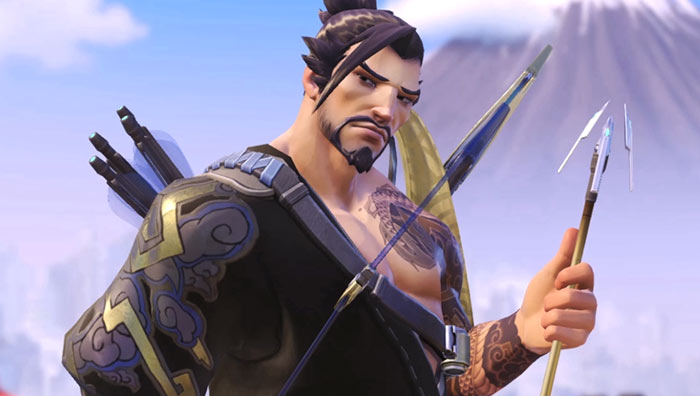 Hanzo’s scatter arrow has been both a blessing and a curse since Overwatch‘s beta-days. For mains, the scatter arrow has been that one-trick hit that can really help get you and your team out of a tight spot. However, for anyone who has felt its geometric sting, you have likely found yourself repeatedly frustrated over that “lucky shot”. Therefore, it should come as no surprise that Hanzo’s scatter arrow is on the agenda for reworking, or even possibly being removed.

Speculation from fans points to a number of plausible replacements (a pop-up wheel for example that allows you to choose from various different arrows), while Kaplan has noted that play-testing has been occurring to analyze such possible prototypes. Despite the potential for replacement, Kaplan has also commented in the recent developer update that they are testing various balances with the scatter arrow to make it seem fairer.  It is reasonable to suspect a possible nerf to the scatter arrow in the PTR down the road.

Interested in hero balancing and want to know more? Have predictions on what character changes we could be seeing next? What changes do you want to see? Let us know your thoughts in the comments below!